‘Have you stopped Sprinking?’ asked Jessica, on her 4th Patient Wolf Gin but not slurring whatsoever. We were at the DoubleTree Hilton for the launch of it’s 14th floor, on the eve of Hilton’s 100th birthday.

‘No way jose I’ve been dancing in onesies‘ said Sprink, who was hoe-ing down a Melbourne Cocoa dessert. ‘And honestly, trying to find a bf who doesn’t fit an Instagram hashtag takes a lot of time’
‘You need to get back onto it’ said Zoe, who was busy posing for the cartoonist there for the launch, with a Starward whiskey in her paw. ‘And make Maddawgs into a book. I’d buy one’. 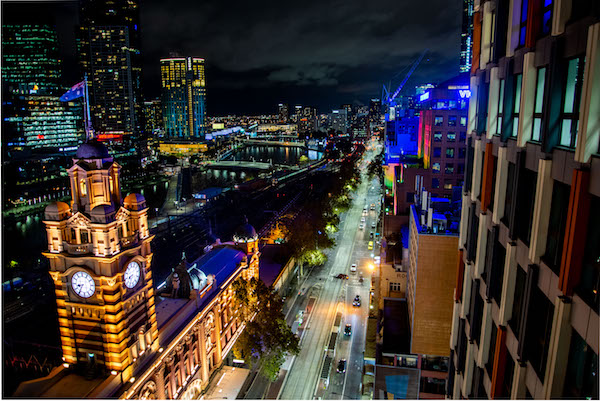 The podcast/TV host/ guitar player in the hallway started up again. Sprink left Zoe posing for her sketch, and went on an adventure to all the 14th Floor rooms which had been activated in different ‘Melbourne’ themes. She sniffed around a standard room where fragrance peeps Essensorie had set up a bubbling brass vat thing that was blowing out a ‘Melbourne’ blend they’d made. 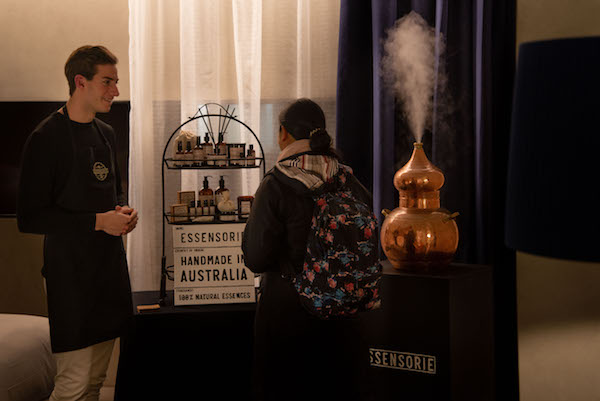 Sprink dropped in at the coffee themed one, visited the Melbourne Cocoa chocolate three times, and had two dranks in the whiskey loft-room, then went and hung off the balcony with Jessica.  “The views are mental, I’m looking into the FACE of the Flinders Street Station tower thing. It’s like a mini-Big Ben and nowhere near as disappointing.’

‘Here Sprink have a night for free’ Jess DIDN’T say and Sprink DIDN’T take the room key because that last part didn’t happen but damn I wish it would have – the rooms are siiiiiiick. 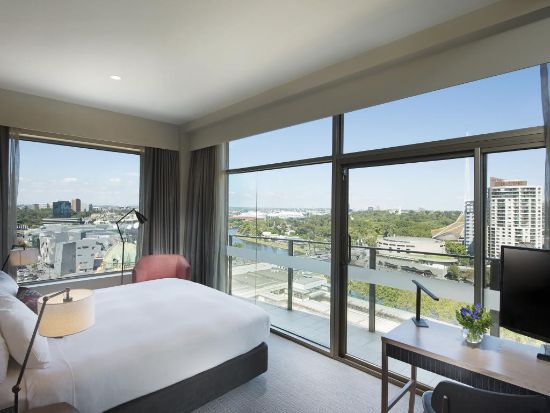 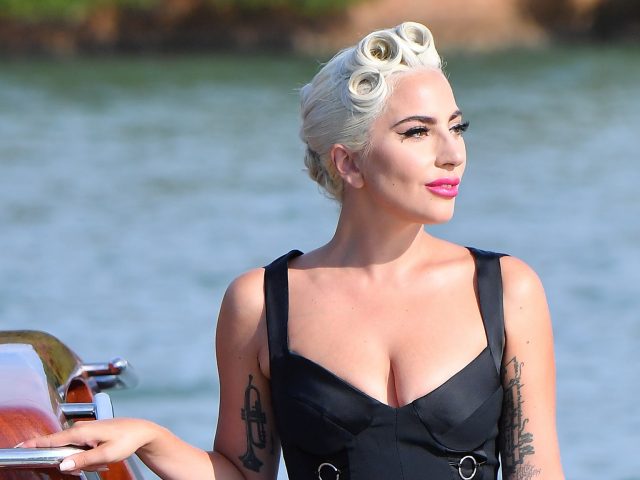 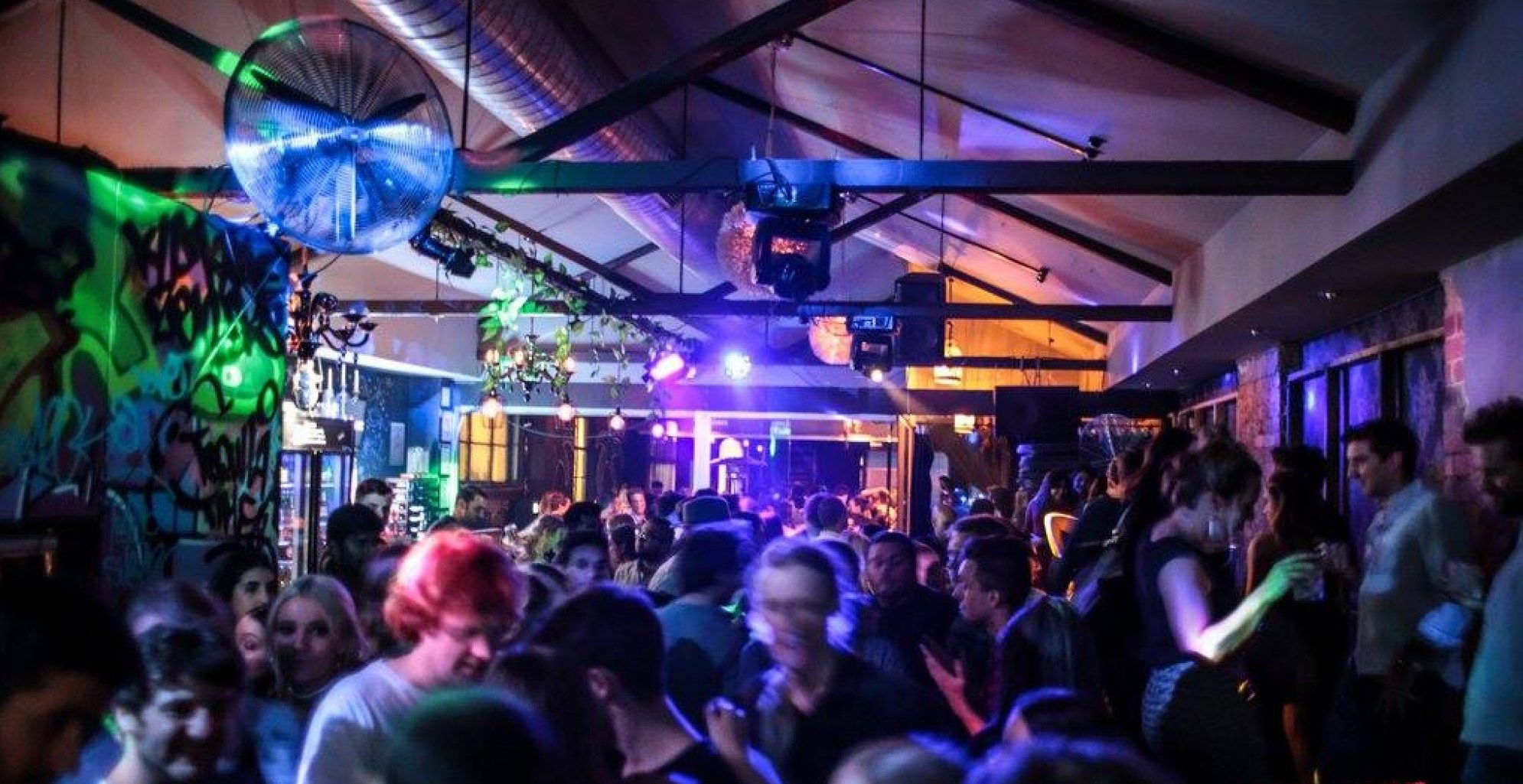