This is Dora.
She is a public servant in the city. But before that she was a tea princess in India.

Um legit you’re a tea princess?
I surely felt like a princess when I was at home! My daddy was a tea planter in the lush green fields of Assam (North East India), and as such was part of a culture which had not changed for over a century left behind by the British Aristocracy during their reign in India. In simple words, we habitually slurped on cups of tea with our pinkies sticking out. The princess association? Try sitting in the midst of a million hectares of greenery, with the ability to ring a bell and ask for an omelette, knowing that it will come to you exactly as you’d ask for it. 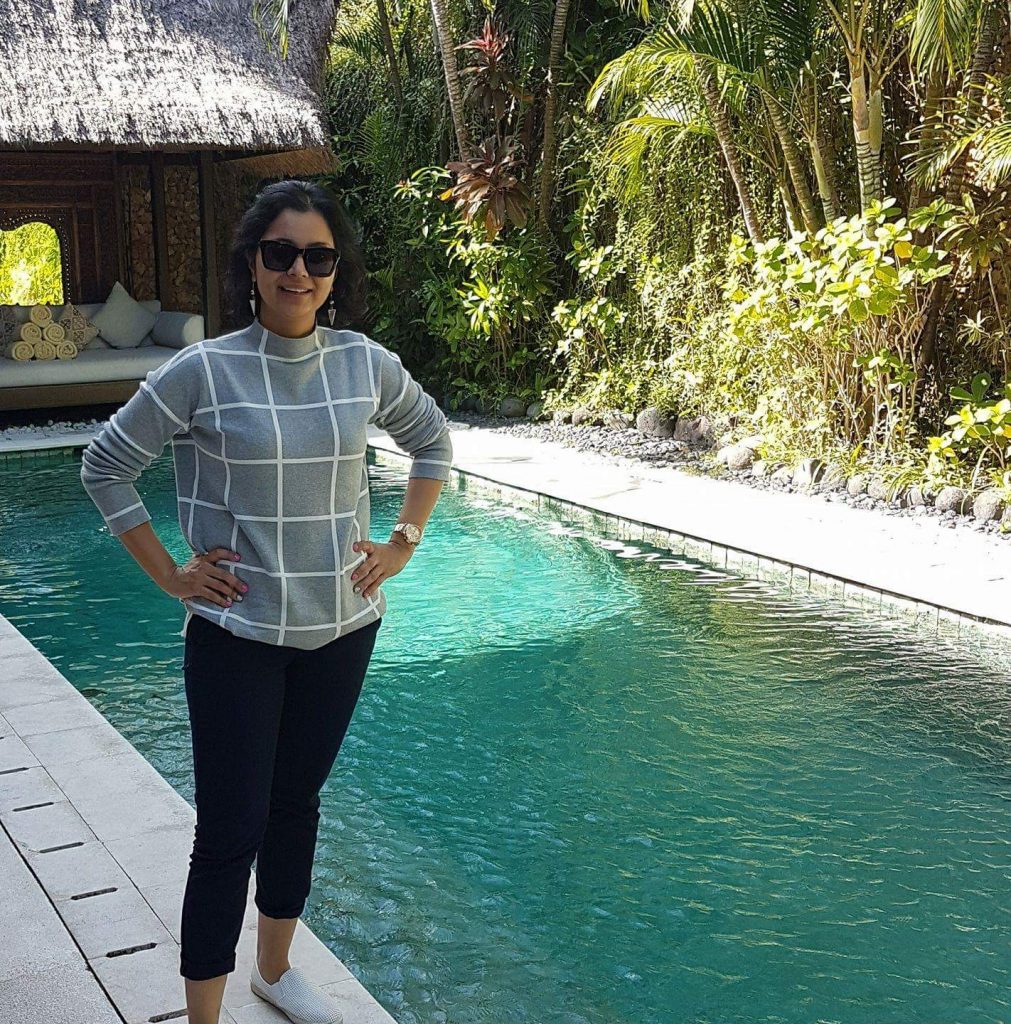 Please don’t say daddy. How many servants did you have?
None. But we had helpers. There were roughly 10 – 15 helpers whose works varied: from milking a cow (yes we had a few), to washing and ironing of clothes. Luckily, we even had a cook, who also happened to be the cook of the last Englishman to have worked in Assam – this meant that aristocracy had rubbed off on him, and as such he always made us feel special. Plenty of bread pudding had been consumed over the last 30 years. 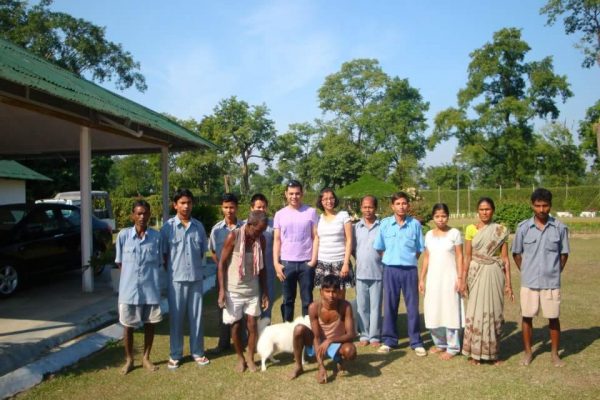 What was a typical day like?
This is when princess factor hits 3000 thanks to aristocratic traditions that were passed down through generations.
I would wake up each morning and lift my finger to ring the bell. The bearer, would come running in to bring me my bed tea, and the dogs. I’d go to the couch and ask my nanny to switch on the TV and would sip tea with my dogs on my lap, watching TV as another group of bearers made my bed. I would then get up to go to breakfast at 9am with the rest of the family made by Chef who would take our individual meal orders and we would eat them leisurely at a table. Life would then transition into an inevitable manicure, pedicure and occasional massage.
Rewind to 1993, we had a driver continuously toot the horn so we don’t delay school, while our lovely nanny was trying to feed me and try to buckle my shoes at the same time. Never will I achieve such heights of multitasking. 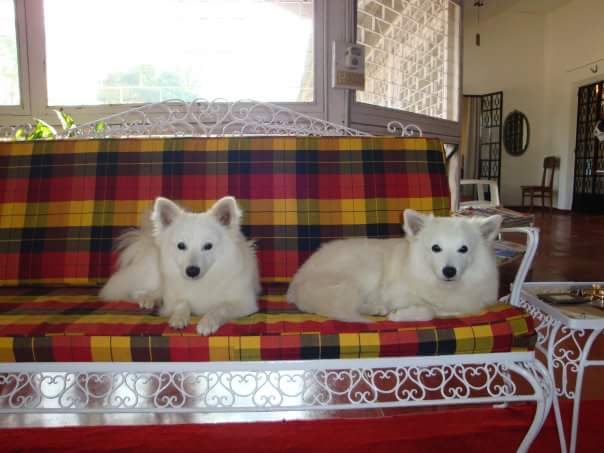 How big was the plantation?
My daddy worked for one of world’s largest and most prestigious tea companies., McLeod Russel. There were around 52 plantations. The average tea plantation was about 1000 hectares. Pretty large. Each plantation was a self-sufficient suburb. There were hospitals for all the workers, schools for kinds and a small rural daily market, where you could buy fish, vegies, and some potent rice wine. 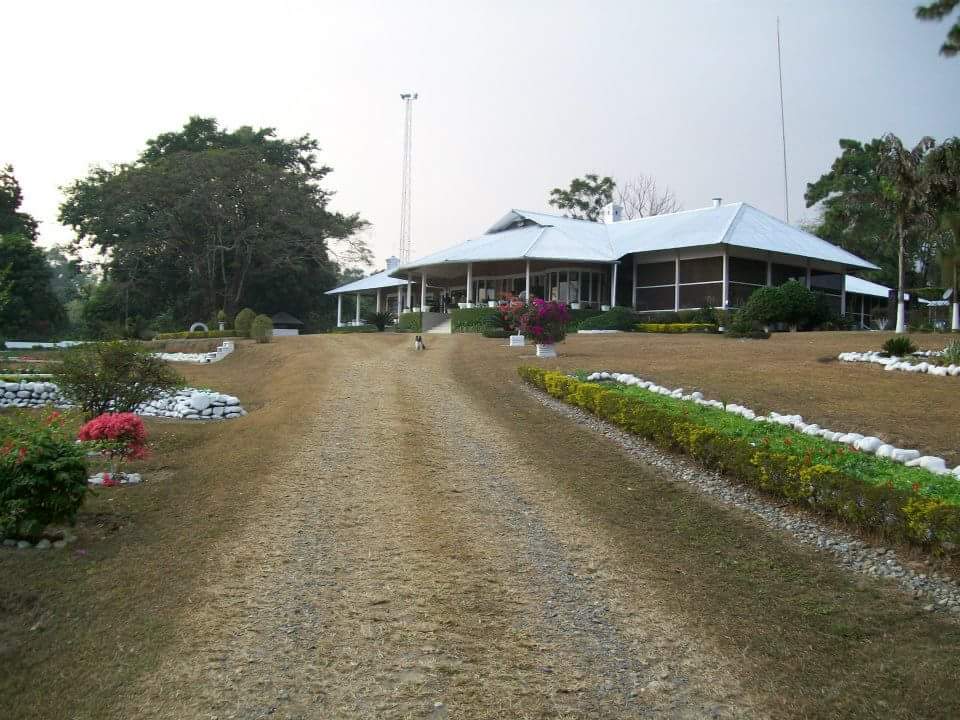 What did the Tea Kweens do?
Garden welfare – take care of hospitals, entertain official visitors, and spend copious amounts of time in front of the idiot box, and make some of the yummiest foods known to humankind. Winter months were busiest, because the Flower Show was on – it was a very competitive event, and the Kweens took it very seriously, showing off their veggies and flowers. 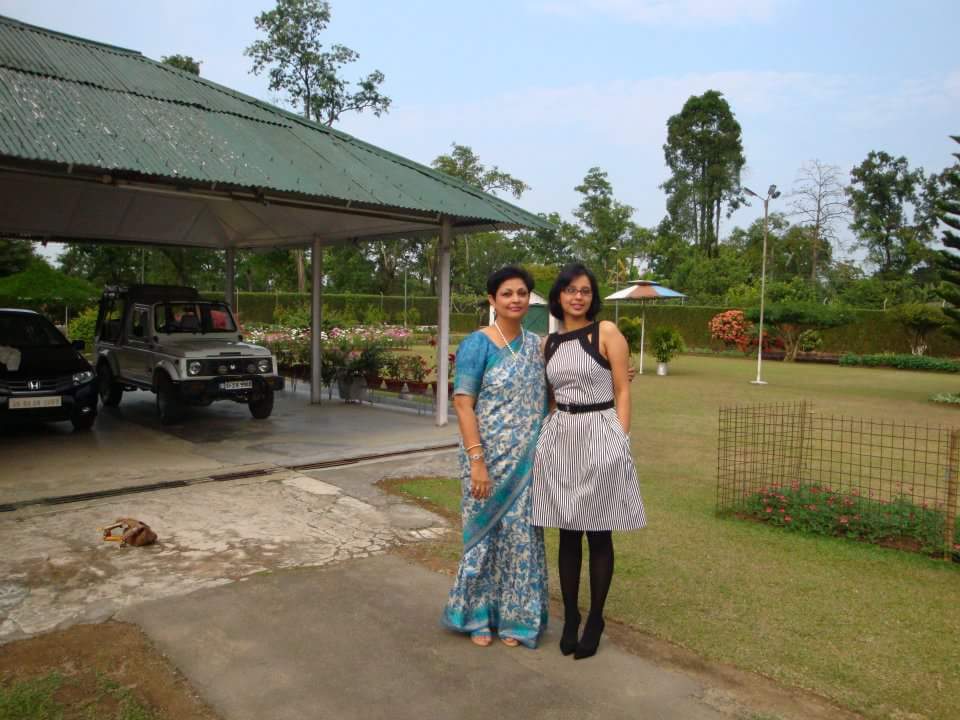 What was an unusual occurrence?
Helpers would follow instructions to a T. One day, Mum told our cook to put all the shopping she had just done in the fridge. The next day she asked for shoes she had bought for dad, and the cook brought her in a pair of frozen shoes.

Another time, my dad told a helper ‘Go to the market with the bike. Buy some veggies, and then return quickly’. He came home after 4hours having walked there and back ‘with the bike’ – instead of riding it (the market is a 30min cycle). 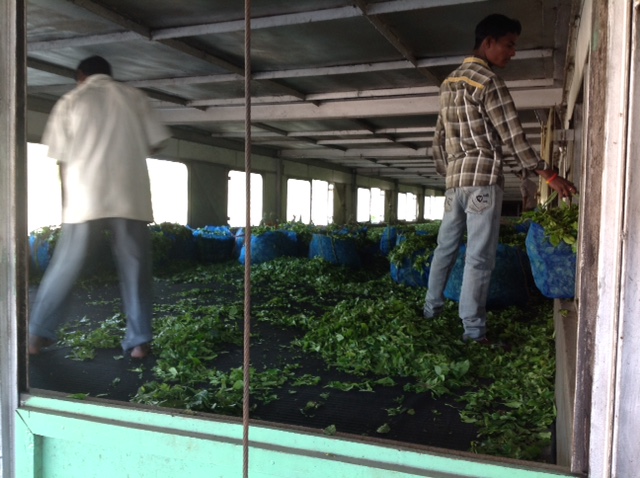 Was it very wild on the plantation?
Yes. Winters meant that we could sit outside with binoculars, spending hours looking at migrating elephants. They also meant that wild leopards would roam looking for food and lots of monkeys.
Once my nanny and mum took the dog for a walk and they all stopped in their tracks as a leopard walked out of a tea bush. My Doberman turned on her heels and bolted back to the bungalow, so the leopard decided to try to eat him and pursued. My nanny and mum thought ‘that is the end of Rodeo’ but were so happy to see him smiling on the veranda when they got back – he outran a leopard!
Summers: snakes – I am not sure Australia was a wise choice to get away from them. 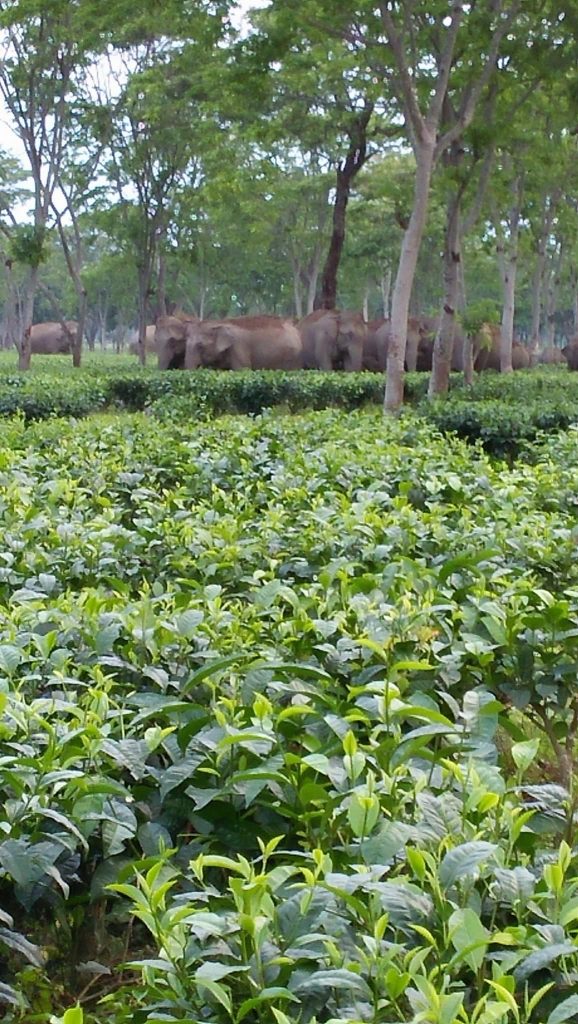 You literally lived in every single kids book I’ve ever read.
Yes and No. Unlike today, we spent a lot of time connected to nature – climbing trees, eating fallen fruit – surrounded by animals, and interaction. However, we also had to frequently travel with security personnel. Assam was and still is a very heavily infiltrated area. From local militant, to well-known terrorist organisations using it as base. 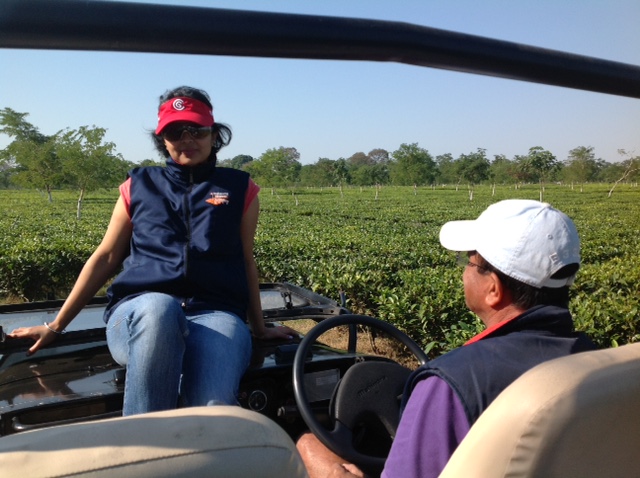 What was it like coming to Melbourne to go to uni?
Well, brother and I grew up in boarding school, and as such were taught independence early on. It wasn’t easy, because the boarding school we went to was almost a replica of home. Food served, clothes ironed, the works.

Initially it was a bit of a shock to the system. I struggled boiling an egg and make my bed. I cried every day for five years. But after a lot of skype calls to mom and the chef, I am now self-sufficient. I love Melbourne.

Wow, you can do ANYTHING now.
Yes. Having mastered the art of making a bed, I had a light bulb moment and decided to start my own bed linen business, aptly named “Kolka”. I studied accessories design at uni, and as such began designing my own bed linen and cushions. They are then hand block-printed and sewn by craftsman in India. The entire range is handcrafted. 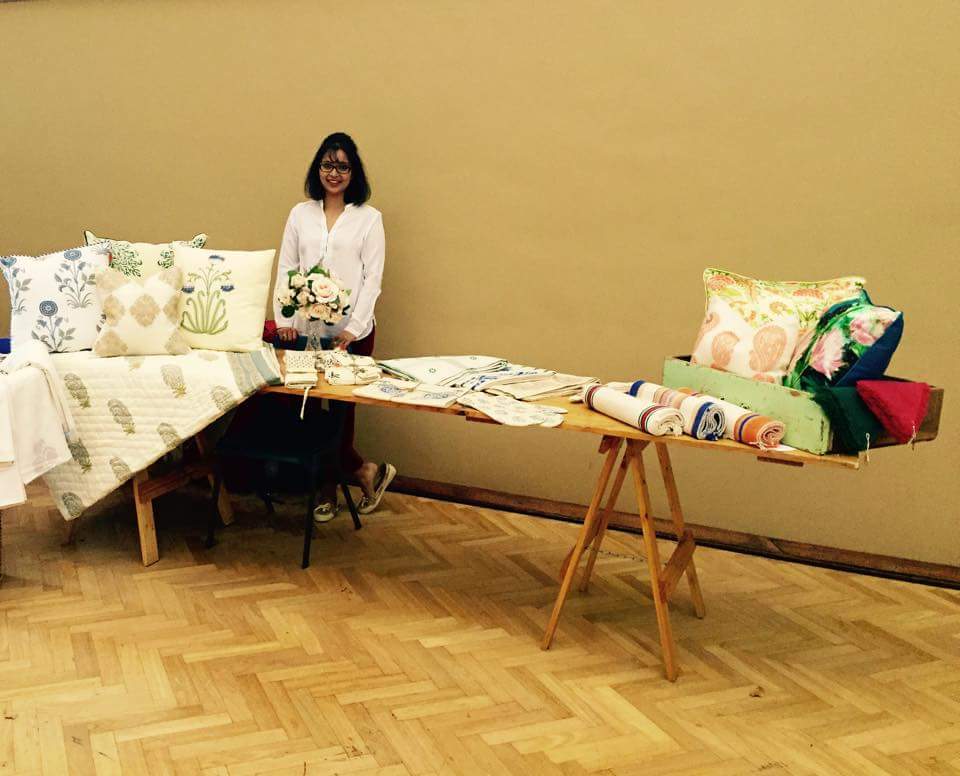 Yikes OK I will. Are you parents still King and Kween of the plantation?
No they retired and moved to the city. Mum calls me sometimes hating life because she only has three servants now. I’m like ‘Mum you can’t complain – I have a cleaner who only comes once a week’. 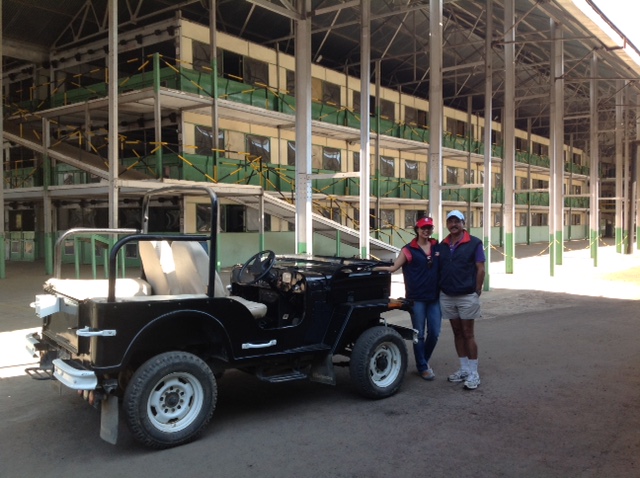 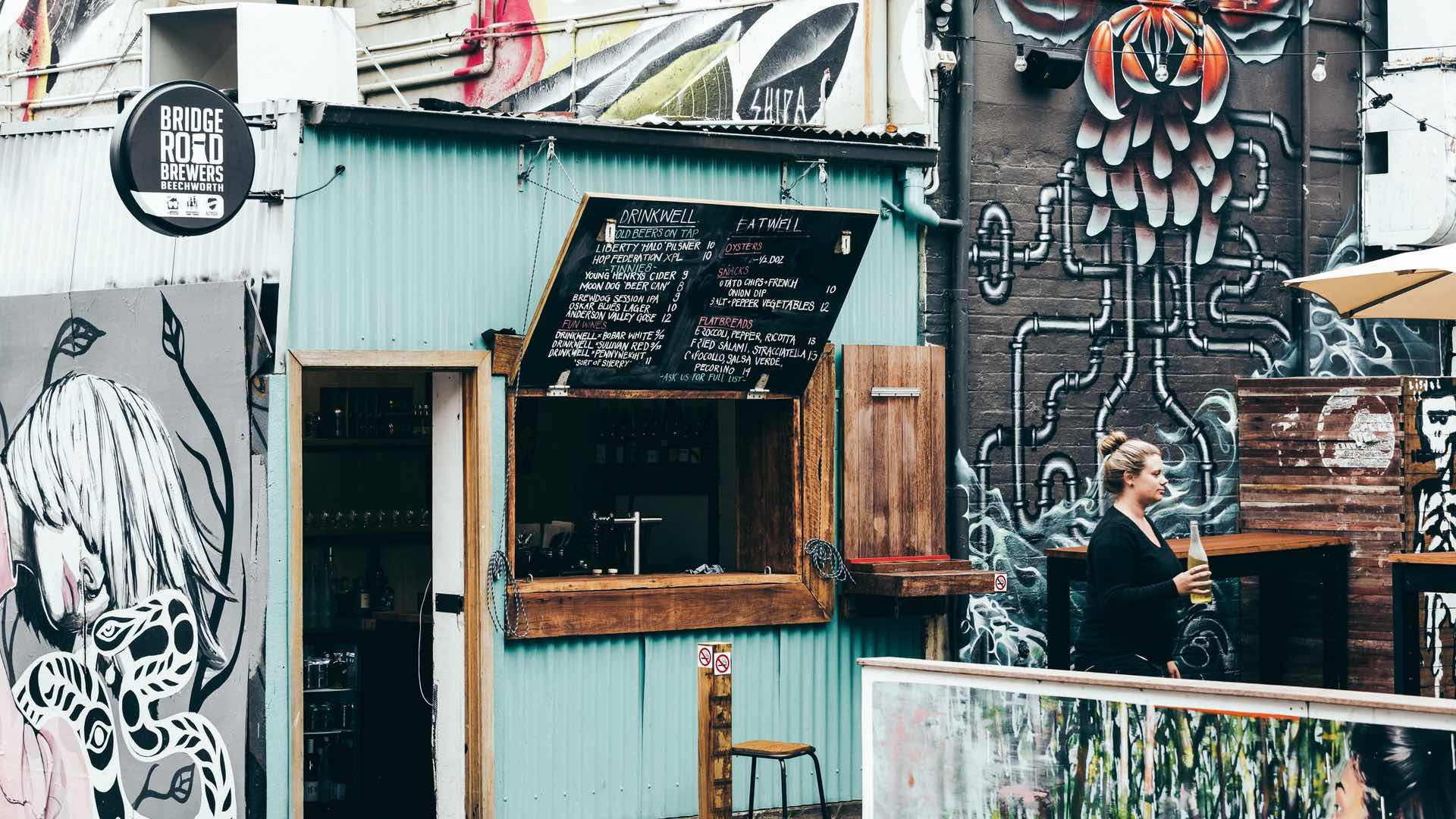 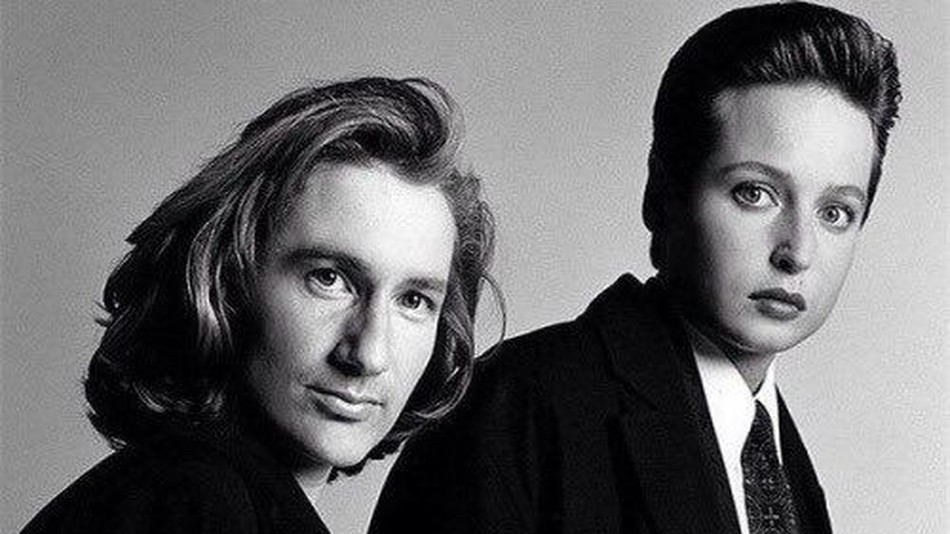