Total
0
Shares
0
0
0
This is Michael. He is a stand up comedian, writer at The Project and bit of a d*ckhead about his genitals, because when he was 26yrs old, he found a lump in his testi. And then just didn’t do anything.
What mate you just left a big testicle just growing there?
Mmm. I noticed something was up, but I ignored it. For ages. I’d been feeling under the weather too but figured it was stress. Finally I went to the doc who said FUCK IT IS CANCER then it was off to chemo: within a week of being diagnosed. I had five days of chemo in a row, where I was in hospital on a drip..  two weeks off, then on again. For 24 weeks.

Were the side effects the absolute worst?
The first 12 weeks of chemo were not as bad as I expected. In the movies you always see people vomiting constantly. It was definitely still rough, but I handled it alright. The second 12 weeks though were a lot tougher because it was a new combination of drugs at a higher dose, so that was pretty tough. But, we were doing lots of blood tests and scans throughout the chemo and it was clear that it was being really effective against the cancer, so knowing that definitely made it a lot easier to handle. 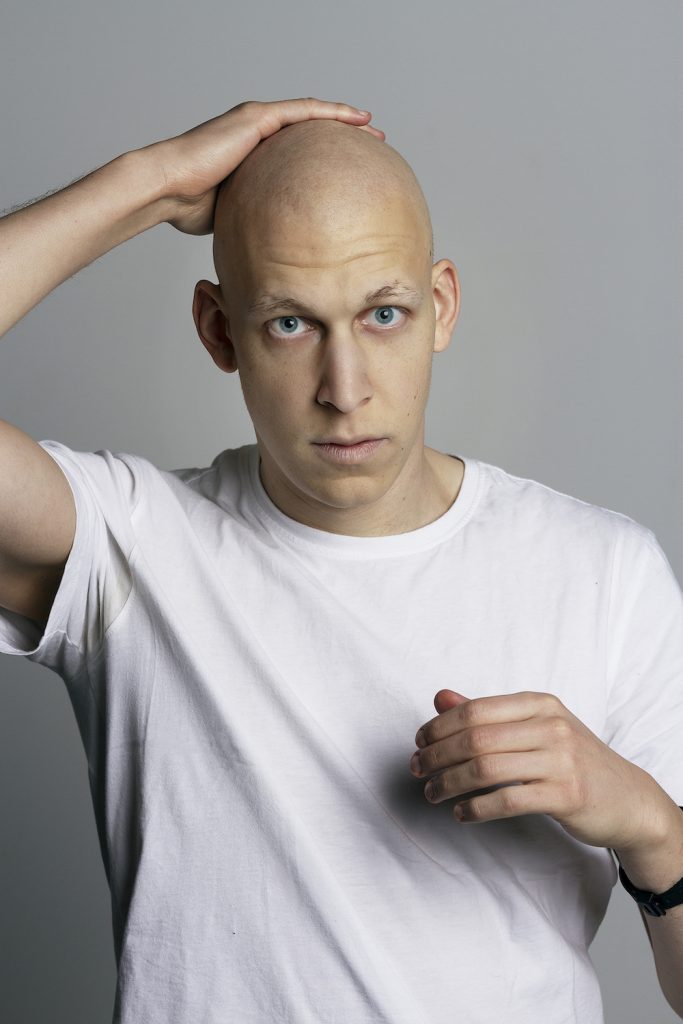 What did you do every day?
Days 3-7 were the worst. All I could do was lay on a couch listening to podcasts, but by day ten I was ok and was usually back at work by day 12.

Bro why? You were sick, just like… chill and don’t die.
The one thing they don’t tell you about cancer is that it’s very boring. Putting life on hold was very difficult. It was great being able to gig and be productive. I appreciated work a lot more as a result. The Project were great they let me come in when I could. I was still gigging and writing. I had to. I needed to. I had a show at the comedy festival I HAVE TO MAKE THE PEOPLE LAUGH.

If not a comedian what would you have been?
I’m a good Jewish boy so I wanted to be a doctor and a lawyer (I loved Law and Order. And Detective Olivia Benson). So I ended up doing biomedical science and law together to keep my options open.

No shit. Most interesting thing u learnt in biomed?
We once did a practical experiment where they made us drink two litres of water, then get a flask and go to the toilet every 30 minutes to test our pee. I learnt that ppl are very embarrassed about carrying their pee in public.

After uni?
I realised a doctor and a lawyer were not for me so I went to America to finish uni but ended up doing 12-15 gigs a week at comedy shows instead of studying. 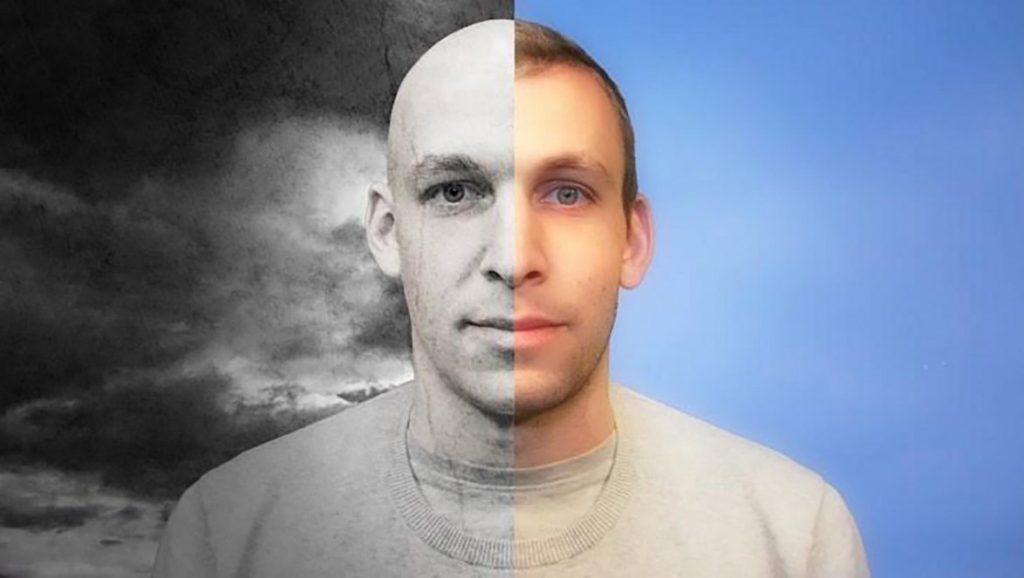 Worst?
So many. So. Many. 2015 I was doing a split show with two other ppl. My girlfriend brought her parents to come see my gig – this was just when I had announced to everyone I was not going to be a lawyer or a doctor but a comedian. The show had been really successful (it had sold out every night) so decided this was the time to prove it was the right career choice. I pumped up how good it was going to be but there was only seven people in the crowd. Four of which my girlfriend brought with her. Everyone was dying. I was so bad. The crowd of seven were not laughing. Afterwards my gf and I had a massive fight after because she was so embarrassed. I banned her parents from ever coming again.

How did you meet the GF?
She is a lawyer (we met at school) and it was unrequited love for awhile. She finally came around and we have been together for ten years. She’s been incredible through the cancer process. We have been getting asked when we are getting married. I was like nah we haven’t been tested. So .. yeah now I’ll ask her. Don’t tell her I said that. I have to think of a romantic way to do it.

COMEDY FEST HIT ME –
The show is wall-to-wall cancer, so if people are up for that, come along. I basically talk about the whole experience of being diagnosed, having to break the news to my family, doing treatment, having surgery and also having a wank at an IVF clinic (they make you do that before you start chemo) while mum and my girlfriend patiently waited in the next room. People think it’s going to be a real serious show, but it’s not a TED Talk. It’s just jokes about cancer pretty much. Get ya tix hurr: https://www.comedyfestival.com.au/2019/shows/50-50 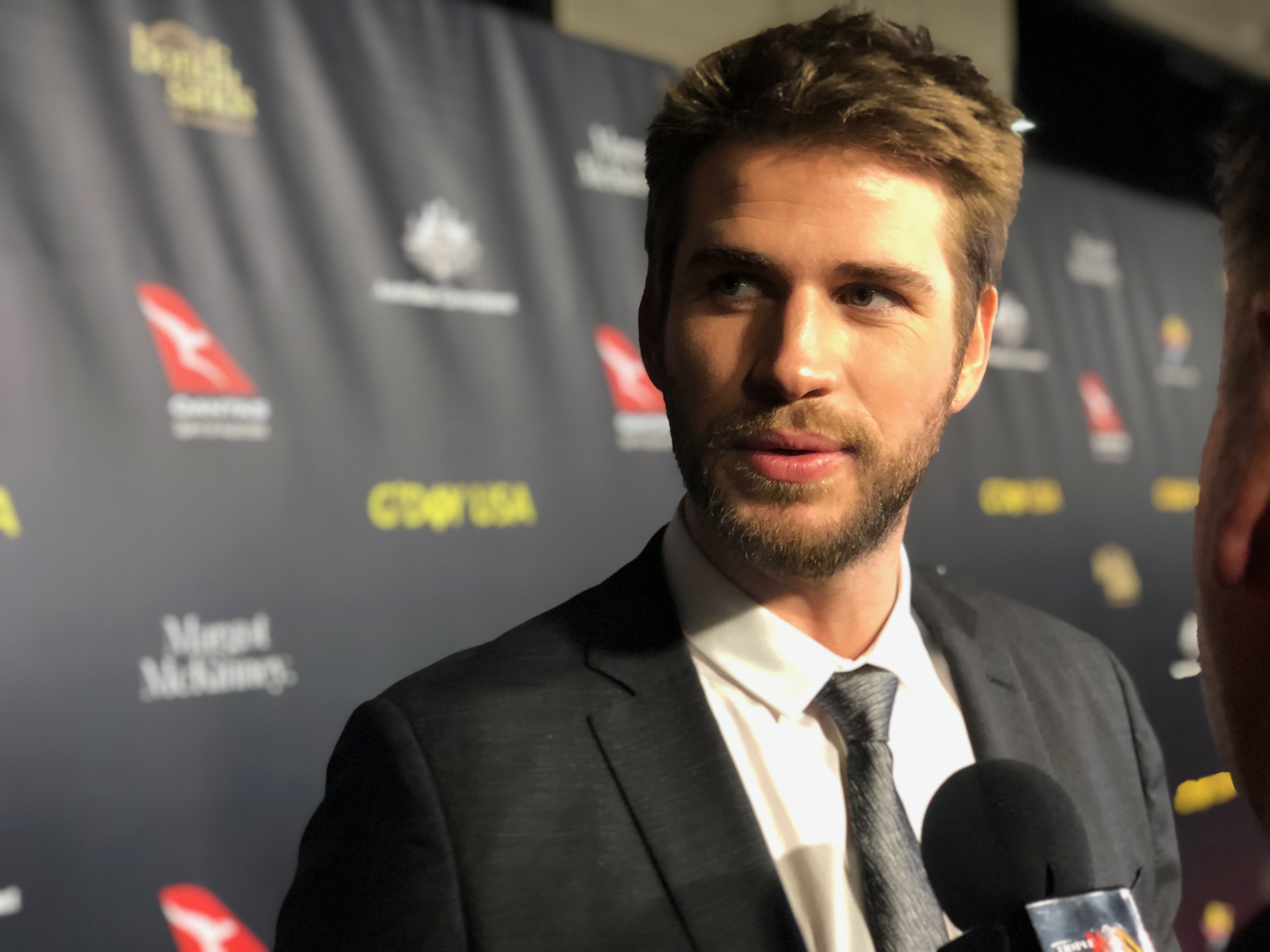 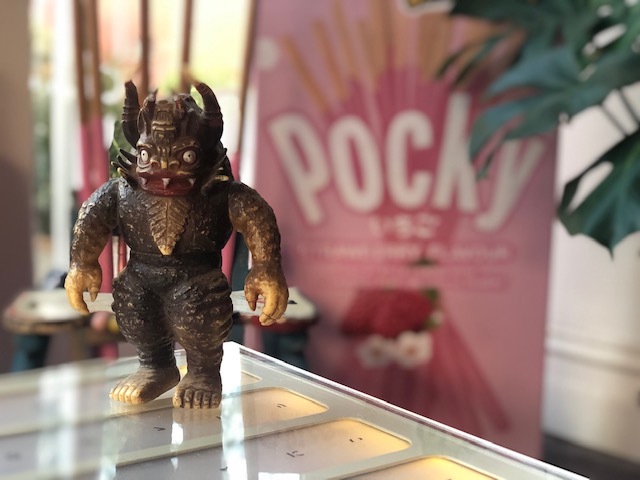